NEW: Experiencing Tibet from the Heart of Europe - Missionaries, Scholars, Filmmakers and Motorbikes !

Although for the most Tibetans it is still hard to locate the Czech republic on a map, explorers from this region in the heart of Europe were among the first to travel to and study the land on the roof of the world and contributed, sometimes unintentionally, to the later development of Tibetan studies. Although their names have been cited by Tibetan scholars for over a century now, only few people know where they originate from. This book aims to point out some of the well-known and also some less known pioneers to Tibet and their relation to Bohemia. The book includes unique photographs documenting the life in Tibet in different periods of the 20th century, that have never been published before. The publication comes out on the occassion of the 16th Seminar of the International Association of Tibetan Studies to be held in Prague from 3rd till 9th of July 2022. The book was published in cooperation with Tethys publishing house, Edition Wissenschaft, with financial support of the Czech Academy of Sciences. 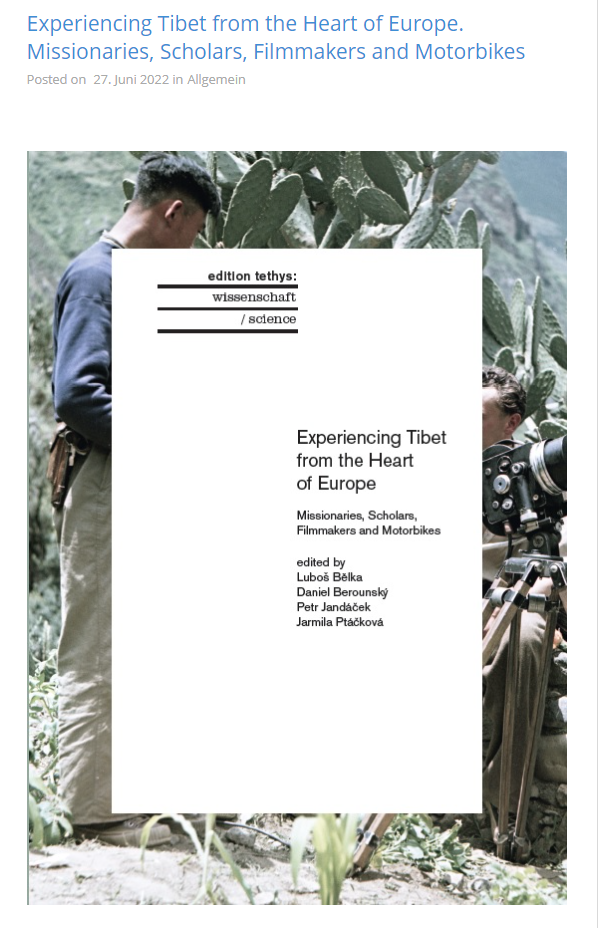