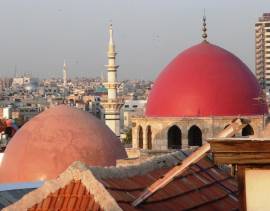 Department of the Middle East

The department follows an inclusive approach towards the Middle East, encompassing the Arabic, Hebrew, Persian, and Turkish cultures (in addition to the legacy of the ancient civilizations of the Near East) with two underlying lines of research: (1) Islamic studies, and (2) the modern and contemporary history of the Middle East. We aim to combine the best traditions of Czech Oriental studies (knowledge of the relevant languages, familiarity with the environment, no colonial past) with a more dynamic attitude towards some contemporary issues. These include both the chronic challenges facing the region (the functioning of the state, the role of religion in society, the place of minorities, etc.) and the key phenomena of long-term significance (political and intellectual history, foreign relations, etc.).

At the present, our staff deals with the following areas of research: