Remapping The Japanese Empire Today: Beyond the clash of knowledge and memories

The War on the Uyghurs: Cultural Genocide in the Name of Counterterrorism - ZRUŠENO!! 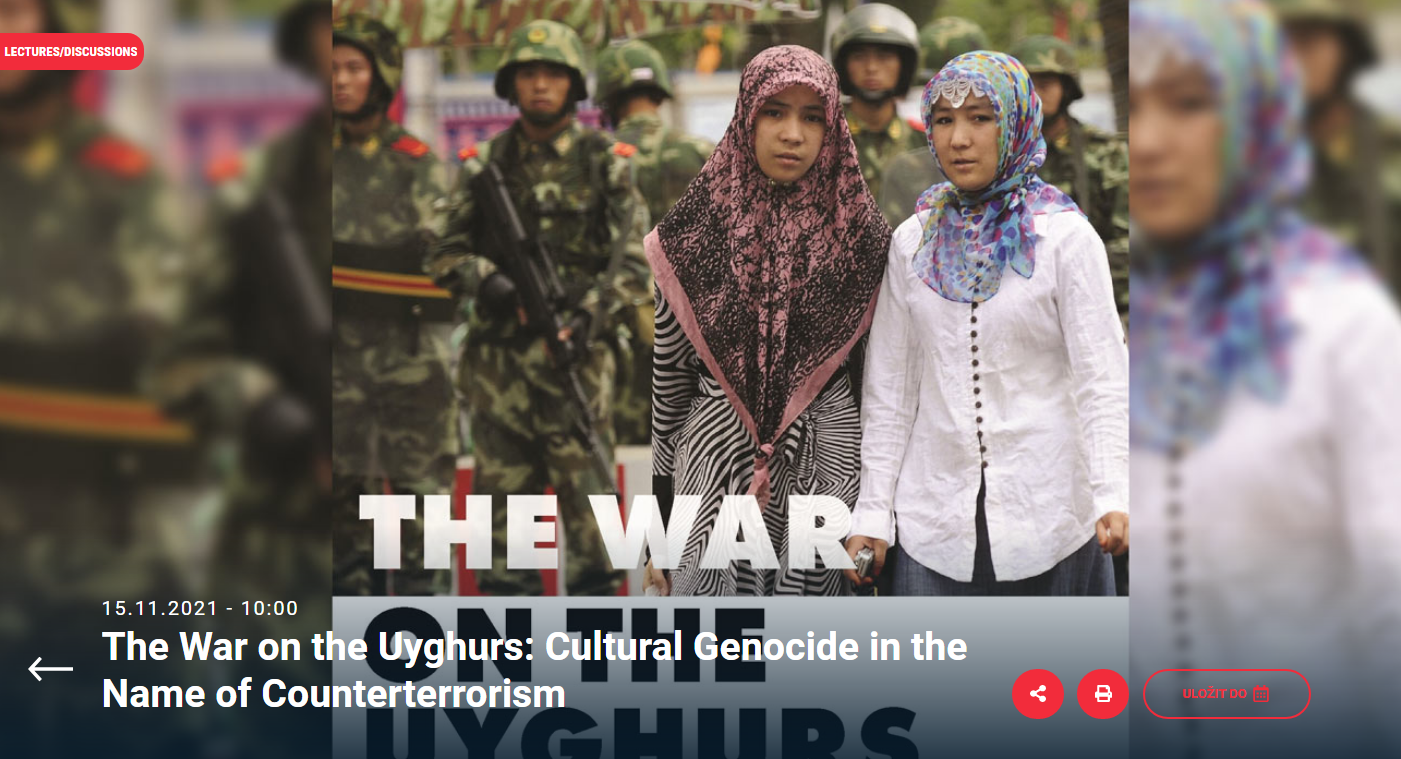 A gripping and moving account of the humanitarian catastrophe that China does not want you to know about.  Of the eleven million Uyghurs living in China today, more than one million are now being held in so-called reeducation camps, victims of what has become the largest program of mass detention and surveillance in the world.

Within weeks of the September 11 attacks on New York and Washington, the Chinese government warned that it faced a serious terrorist threat from its Uyghur ethnic minority, who are largely Muslim. In his talk, Sean Roberts will discuss how China has been using the US-led global war on terror as international cover for its increasingly brutal suppression of the Uyghurs, and how the war’s targeting of an undefined enemy has emboldened states around the globe to persecute ethnic minorities and severely repress domestic opposition in the name of combatting terrorism.

Sean R. Roberts is an Associate Professor of the Practice of International Affairs and Director of the International Development Studies program at The George Washington University’s Elliott School of International Affairs.  Dr. Roberts is an anthropologist who has studied the Uyghur people of China and Central Asia for thirty years, writing his dissertation on the Uyghurs of the China-Kazakhstan borderlands while a PhD candidate at the University of Southern California. He has published numerous articles in academic journals, edited volumes, and in policy-oriented publications about the Uyghurs, and he is the author of the recently published book, The War on the Uyghurs: China’s Internal Campaign Against a Muslim Minority (Princeton University Press, 2020).

The discussion will be moderated by Dr. Ondřej Klimeš, Oriental Institute of the Czech Academy of Sciences.

The program is organized in cooperation with the Oriental Institute of the Czech Academy of Sciences.

RSVP by filling out the form here.